“Sense will always have attractions for me.” ~ Sense and Sensibility, Jane Austen

It’s hard not to give way to preconceived expectations based on past experience, at least for me, in my reading. If I’ve read more than one book by an author and find a favorite, I will somewhat biasly hold all other works to the same standard. But I believe I’m starting to see the folly in my approach. (Although I will probably have a hard time changing such perspective but we will see)

Case in point: A few months ago, I read (loved) Persuasion. Anne Elliott is no Marianne, but she’s no Elinor either (when she was nineteen). Anne’s matured (she’s 27) and has learned her own mind and I believe she is probably one of my favorite Austen heroines so far. Elizabeth Bennett in Pride and Prejudice (P&P) may be a composite of Sense and Sensibility’s Elinor and Marianne, with Elinor being my favorite heroine in Sense and Sensibility (S&S). Maybe because as the older child in my family unit (I have a younger sibling who’s the favorite) like Elinor I have acted as a counselor, giving advice based on sound judgment while governing my feelings as Elinor did throughout this novel. 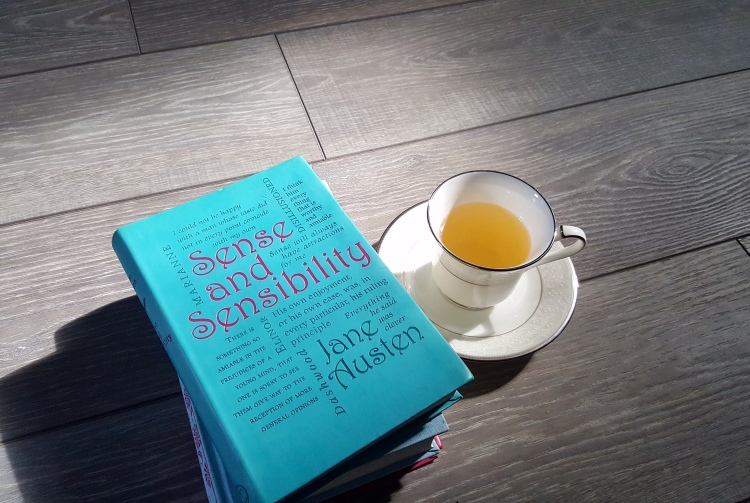 Sense and Sensibility is full of relationships and instead of discussing the basic synopsis of the book, I’d like to compare and contrast a few of the notable relationships.

“Elinor, this eldest daughter whose advice was so effectual, possessed a strength of understanding, and coolness of judgment, which qualified her, though only nineteen, to be the counsellor of her mother, and enabled her frequently to counteract, to the advantage of them all, that eagerness of mind in Mrs. Dashwood which must generally have led to imprudence. She had an excellent heart;—her disposition was affectionate, and her feelings were strong; but she knew how to govern them: it was a knowledge which her mother had yet to learn, and which one of her sisters had resolved never to be taught.”

“but Elinor was careful in guarding her countenance from every expression that could give to her words a suspicious tendency.“

“Marianne’s abilities were, in many respects, quite equal to Elinor’s. She was sensible and clever; but eager in every thing; her sorrows, her joys, could have no moderation. She was generous, amiable, interesting: she was everything but prudent. The resemblance between her and her mother was strikingly great.”

“Pray, pray be compelled and do not betray what you feel to everybody present.” ~Elinor to Marianne

I loved how Austen presents the close bond between the Dashwood sisters (they have a younger sister Margaret as well). Elinor and Marianne remain lovingly affectionate towards one another, desirous that each should have the true lover of their heart, as did Jane and Elizabeth Bennett in P&P. However, in Persuasion, Anne is the dependable, reliable sister but her closest companion and confidant is not any of her sisters. Instead she shares a deep affection and friendship with her neighbor, a motherly figure, Lady Russell (since Anne’s own mother is deceased). Austen presents various family dynamics in her writings and we ponder how such shape the personalities and character of the heroines in each story (mothers and daughters with no father in S&S, daughters and fathers with no mother in Persuasion, or fathers and mothers with daughters in P&P).

Edward might be one of my favorite male characters in the book. Despite pressure from his mother to marry for social and financial reasons, Edward seems very determined to pursue what makes him happy. He’s honorable and kind even at the risk of his own happiness (insert swoon face – he’s so unlike Willoughby). At first appearance he seems uncertain and unmotivated, but Elinor sees the essence of his heart and so do we as readers becoming better acquainted with him as the book progresses.

Robert, Edward’s brother, is not charming or very endearing and quite the opposite of Edward. Isn’t this the case in many sibling relationships? Robert is content to allow his mother to make decisions for him (who he should marry) so he can live a life of comfort and convenience. But his decision at the end of the book did surprise me. I wonder if there was something more afoot Austen didn’t share with us? I’ve speculated with my #buddyreaders on bookstagram but I don’t want to spoil anything for those who haven’t read this one.

But while she (Elinor) wondered at the difference of the two young men, she did not find that the emptiness and conceit of the one, put her at all out of charity with the modesty and worth of the other. Why they were different, Robert explained to her himself in the course of a quarter of an hour’s conversation; for, talking of his brother, and lamenting the extreme gaucherie which he really believed kept him from mixing in proper society, he candidly and generously attributed it much less to any natural deficiency, than to the misfortune of a private education…

Is this my favorite Austen? No. Did I like it? Yes. Did I laugh and hold my breath in anticipation of what was to come? Yes. However, as was the case with Pride and Prejudice, I might appreciate it better the second time around, but I’ll definitely try to finish all the Austens on my list before doing so.

Stay tuned for thoughts on Emma my next Austen read in March.

16 thoughts on “Sense and Sensibility – Review”